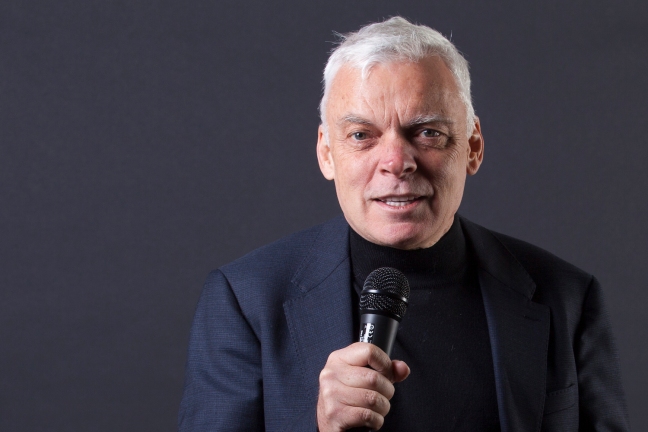 This week the hosts discuss the editing process. Kate talks about having an editor on board early on, and Katherine says that The Helpline ‘clicked’ pretty late in the piece.  The hosts reveal how many words got culled along the way, and which specific words they couldn’t stop using. Kate liked ‘little’ and Katherine had to stop people aggressively squeezing other’s shoulders.

Then Katherine interviews Melbourne based novelist and screenwriter, Graeme Simsion.

Graeme Simsion’s first novel The Rose Project won the 2012 Victorian Premier’s Unpublished Manuscript Award, the 2014 ABIA Book of the Year and has sold over three million copies worldwide. The sequel, The Rosie Effect, is also a bestseller.

Graeme talks about how The Rosie Project started life as a screenplay. Much has been made of how quickly he turned it into a novel but Graeme says in addition to those seven weeks, you have to count the five years before.

Graeme cites the biggest moment in his career as when he was shortlisted for the Victorian Premier’s Unpublished Manuscript Award. He says it was even better than when he won, if you can believe it.

Graeme didn’t get an agent, he negotiated his deal with Text Publishing himself. He talks about why and says he thinks agents can be great for other writers but not for him.  Graeme says he heard Toni Jordan speak about working with Text, which gave them further appeal.

One thing Graeme wasn’t prepared for was how gendered the book market is. He didn’t think the majority of his readers would be women.  But are they?  Publishers seem to think so, which plays into all sorts of things, for example, covers.

Graeme’s advice for newly published authors is get off social media and write the next novel.

Graeme can’t recommend a debut novel… He doesn’t do favourites.

5 thoughts on “Editing & Graeme Simsion on readers, romance and not picking favourites.”